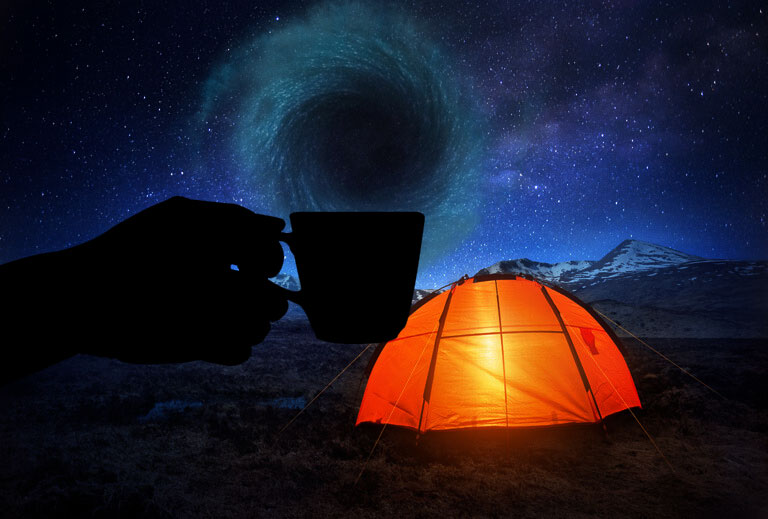 The mysterious ‘dark matter’ which is believed to hold the universe together has been positively identified as coffee, astrophysicists have confirmed.

Standard models of physics have long since shown that the amount of visible matter is insufficient to prevent the universe completely losing its shit and flying apart, meaning that some extra component is needed to keep it all together.

The breakthrough shows that the long-postulated ‘strong, dark, fluid’ force is probably an Ethiopian blend, with hints of Kenyan and Brazilian notes as well.

“The coffee can’t be very milky as then it would be light enough to show up against background radiation, and there needs to be quite a lot of it as well; probably an entire cafetiere for every astronomical unit. It all makes sense”, we were told by a spokesman for CERN in Geneva.

“I’m confident to a high degree of significance when I say that none of this would be here without coffee.

“I know that I certainly wouldn’t be, and I’m pretty sure that none of you would be either.”

Evidence suggests that the coffee must have existed since the beginning of time when some sort of galactic alarm clock went off. The ringing of this clock is known as the ‘Big Bong’ theory.

The theory is already controversial, with some respected scientists insisting that the dark matter which binds reality together is actually HP Sauce.

“It’s obvious when you consider the evidence,” said Physicist Simon Williams whilst brandishing a bottle.

“If you look it even says ‘melange’ on the HP label.

“The sauce must flow,” he added.