French Press Friday - who else thinks this should

Are you a sunrise or sunset person? 📸 @arianav

Have you visited our friends at @framacoffee latel

We're skipping the champagne & opting for an espre

West Texas Wildfire - bold, smooth & one of our fa

Merry Christmas from all of us at Big Bend Coffee

The stockings were hung by the chimney with care..

What's in your afternoon cup?

Thank you all so much for your patience as of late

With the pause on roasting, it doesn't feel very n

Mexico Chiapas - this one is @dj_julie_bee's favor 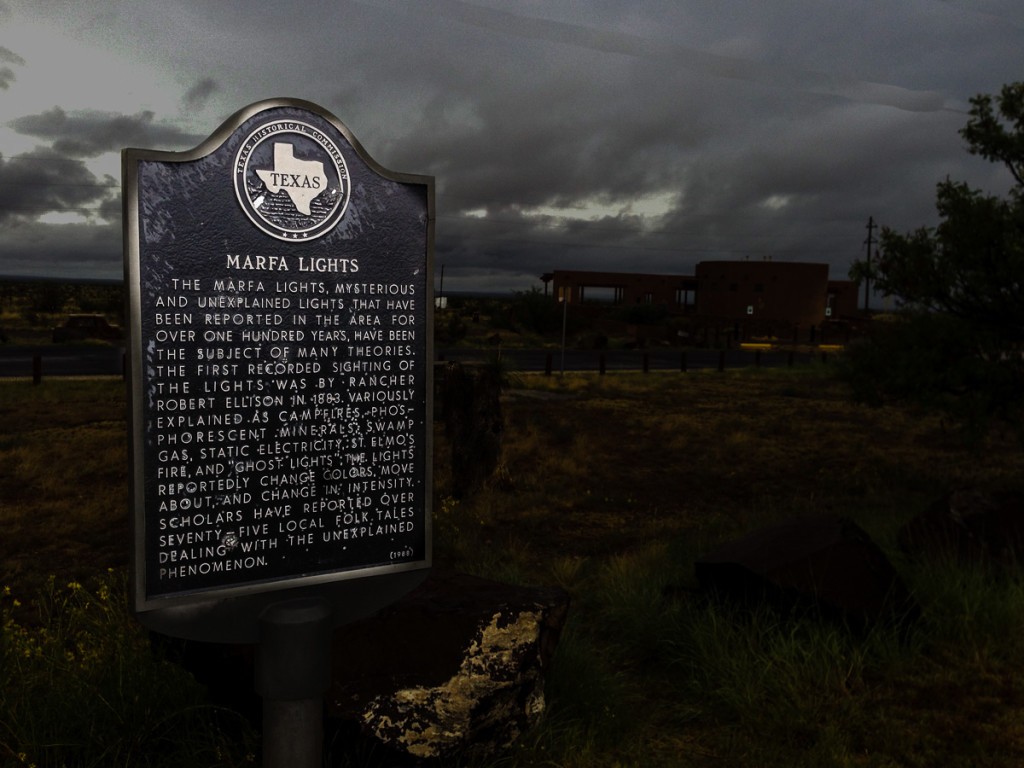 The official Marfa Lights Viewing Area is located 9 miles east of town on U.S. 90, towards Alpine. Bring an open mind and enjoy the great view and while you’re at it, you should swing by Big Bend Coffee Roasters for a cup of the best coffee you may ever taste!

The Marfa Lights—or Marfa Mystery Lights, as some call them—are a top reason to visit Marfa, drawing visitors from around the globe for a chance to see these unexplained phenomena. Accounts of the strange spectacle just east of Marfa began during the 19th century and continue to this day.

Ranchers, Native Americans, high school sweethearts and famous meteorologists alike have reported seeing seemingly sourceless lights dance on the horizon southeast of town, an area that is nearly uninhabited and extremely difficult to traverse. The mystery lights are sometimes red, sometimes blue, sometimes white, and usually appear randomly throughout the night, no matter the season or the weather.

While the source of the mystery lights is still a point of contention, the show goes on. By most reports, they are whimsical and friendly; other witnesses maintain that they are ever distant and aloof; and some sources claim they zoom across the plains at terrifying speed, only to whip back around and dissolve before hitting the dumbstruck viewer.

The truth is, we just don’t know.

Everyone agrees it’s a mystery to be reckoned with.

There’s only one way to find out for yourself.